Seven public address loud speakers are distributed across the floor, between them switch boxes, cables and multi-plugs. If anyone is in or near the installation, then individual loud-speakers begin to blare out music: ‘The party, the party, it is always right and, comrade, we will stick with it: for whoever fights is right, is always right, against lies and exploitation’.

The set-up of the installation was adapted from a dismantled self-firing lookout on the old border between East and West Germany. Instead of being shot at with bullets, West-East-Slogans are fired. The public address loud speakers were and still are the typical devices used for public announcements, at gatherings, demonstrations or even at railway sta- tions in both East and West. Rousing, energised East German party anthems and political children’s songs are mixed with hiking songs from the first half of the twentieth century, which I connect with the hedonism and love of consumerism and life in West Germany. In ‘Muss i denn’ (‘Must I then…’), you are also put in mind of the post-war friendship between West Germany and America, symbolised in Elvis Presley‘s version of this sad yet also optimistic old folk song.

With this work I wanted to join cultural fragments from both parts of Germany to form a single, chaotic tangle. The old is dismantled and the new has not yet been built, the relics are there, the contrasts stand side by side, yet bear no relation to and contradict each other. This is courting difficulty – in matters of reconciliation, for example – but at the same time it is also rich and funny and thrilling and everything always reminds us of something … a gathering, a noisy scrapyard of post-unification Germany 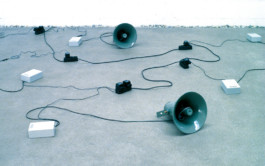 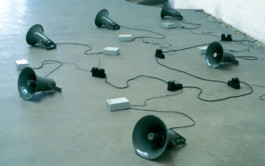 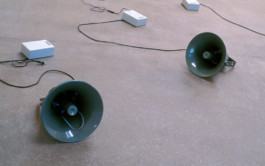 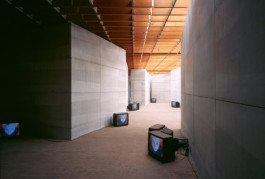