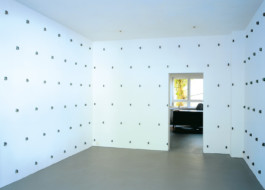 At about two minute intervals, the devices independently emit a short beep and simultaneously flash a light. Although each device runs following its own sequence of intervals, the impression created by the identity of the sounds is of a space filled with profound electronic communication.

In Essen, the installation was shown in darkness. There the red flashes of light become, even for the short time they are lit, orientation points in the uncharted space. The machines create the impression of glow worms in the dark or the sounding of an unknown undersea world with an echo-sounder.

In Düsseldorf the exhibition took place in normal light. The arrangement of identical devices in series corresponds with the regular emission of acoustic signals, here located in the foreground. Here too the impression is given that the devices are responding to each other like living beings, even though each device is in fact strictly following its own rhythm. Like an electronic dripstone cave, minor deviations in the pre-set time interval produce phase shifts in the sounds as they relate to one another. Thus the unchanging acoustics are varied in time in such a way that the randomly changing sequences have, like an endless concert, the character of original elements. 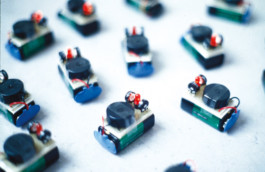 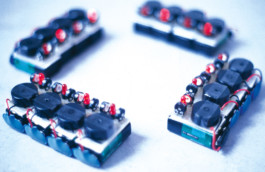 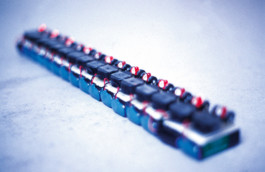 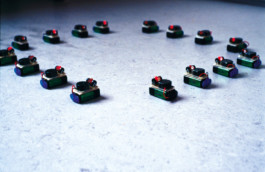 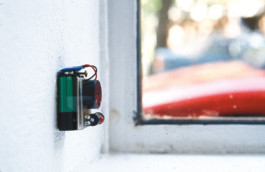 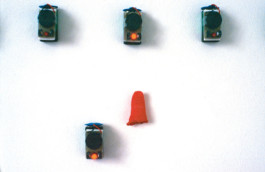 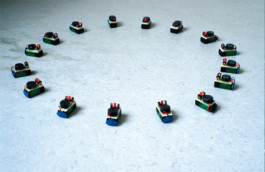 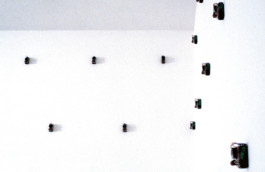 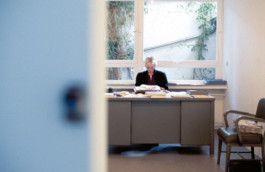 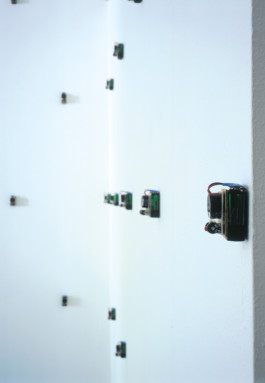 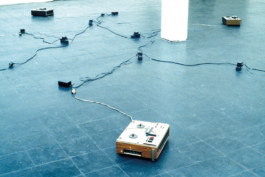