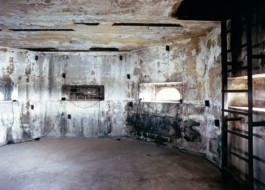 Sound installation presented as part of the ‘Verborgene Orte’ (‘Hidden Places’) group exhibition in the ruins of the bridge at Remagen (Brückenkopf, Erpel) by the Montag Foundation, Bonn, Dresden, Erpel 1999

A female computer voice reads out autobiographical experiences from seven wartime diaries from three different European wars: A nun from the Baden military hospital corps reports from the military hospital in Cambrai/France during the First World War. The German poet Herrmann Löns gives a frontline report from his position in the trenches in the First World War in France. In his celebrated and controversial book ‘Stahlgewitter’ (’Storm of steel’), Ernst Jünger, too, describes the First World War in France. An eye witness reports on the events in the town of Erpel during the Second World War (‘The American troops reach Erpel in 1945’ Erpel archives). Two inhabitants of Belgrade make an Internet report on the NATO bombing of their town in 1999.

21 dictaphone machines play in the upper interior space in the bridgehead of the bridge at Remagen with the metallic sound of a serene computer voice. This voice reads the most shattering experiences – without, of course, the least emotion. Scraps of speech, fragments and documents fill the space with coldness, tragedy and death, recalling, up in the former flak tower, the distant drone of approaching squadrons of planes. Electronics by Dirk Zschammer. 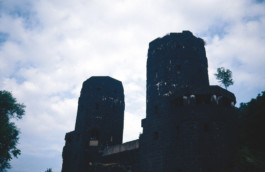 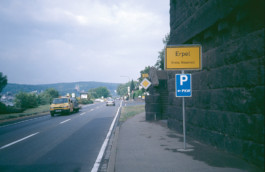 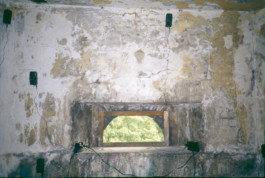 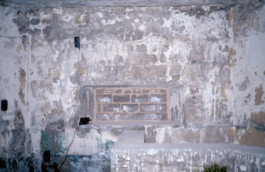 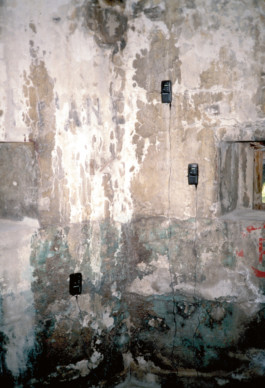 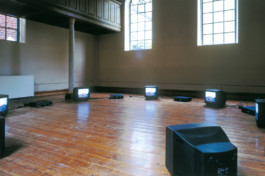